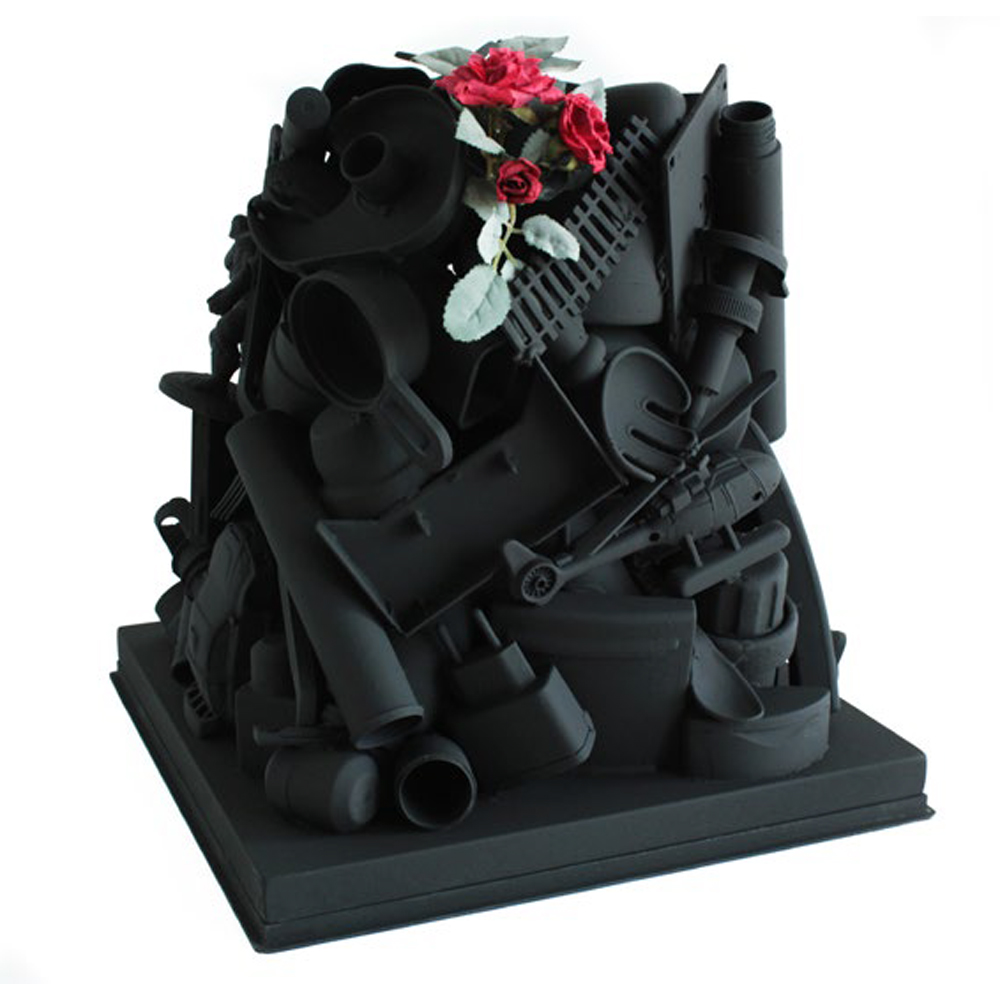 Caterina Tosoni was born in Milano in 1961. After high school, interested in mastering the study of human anatomy, she enrolled in a two-year course in anatomical-surgical design. In 1982 she began her career as an illustrator working for important publishing houses (Garzanti, Mondadori, Rusconi, Fabbri Editori, Peruzzo, the Italian Touring Club and Selection from the Reader’s Digest). In the 90s, painting became the medium with which to investigate the landscape of the Milanese industrial suburbs. In the new millennium, this reflection leads Caterina Tosoni to insert plastic elements of various types on the pictorial surface, starting a new path in sculptural research. Plastic becomes the main material, rich in symbolic meanings with a specific grammar and its infinite combinatorial possibilities.

So new art works are arising: ‘Metamorfosi’, ‘I Tableau geometrici’, ‘Le mappe’ and ‘Le isole’ according to how the objects are declined. In the 2000s Caterina Tosoni participates in countless group and personal exhibitions. In 2011 she is presented by Claudio Cerritelli in ‘Percorsi plastici’ at the Allegrini Contemporary Art Gallery in Brescia. In 2012 she is invited to the Spazio Oberdan in Milano for ‘Mutazioni plastiche’, a personal exhibition curated by Milo Goj, with a catalogue and critical texts edited by Luca Beatrice. In 2015 she was at the Fondazione Sandretto Re Rebaudengo with ‘Praestigium Contemporary Artists from Italy’, the ‘Imago Mundi’ project, collection Luciano Benetton.

It has been natural in recent years to deal with environmental art, designing installations and monumental works: in 2016 ‘Metamorfosi in blu’, in the village of Frasso Telesino (BN); in 2017 ‘Material-Immaterial’ an installation at the Brera Botanical Garden for Guzzini on the occasion of Fuori Salone Milano and Made in Forte; ‘Percorsi d’arte e di luce’, site-specific installation by ten international artists on the streets of Forte dei Marmi. In 2018 she took part in ‘Linfa Plastica’, a new environmental intervention at the Rivolta Park in Bresso and #Urbanart; ‘Colore, materia-luce’, Palazzo della Permanente, Milano. In 2019 she participates in ‘Io e Leonardo. Artisti della Permanente e l’eredità di Leonardo’, Museo della Permanente, Milano.