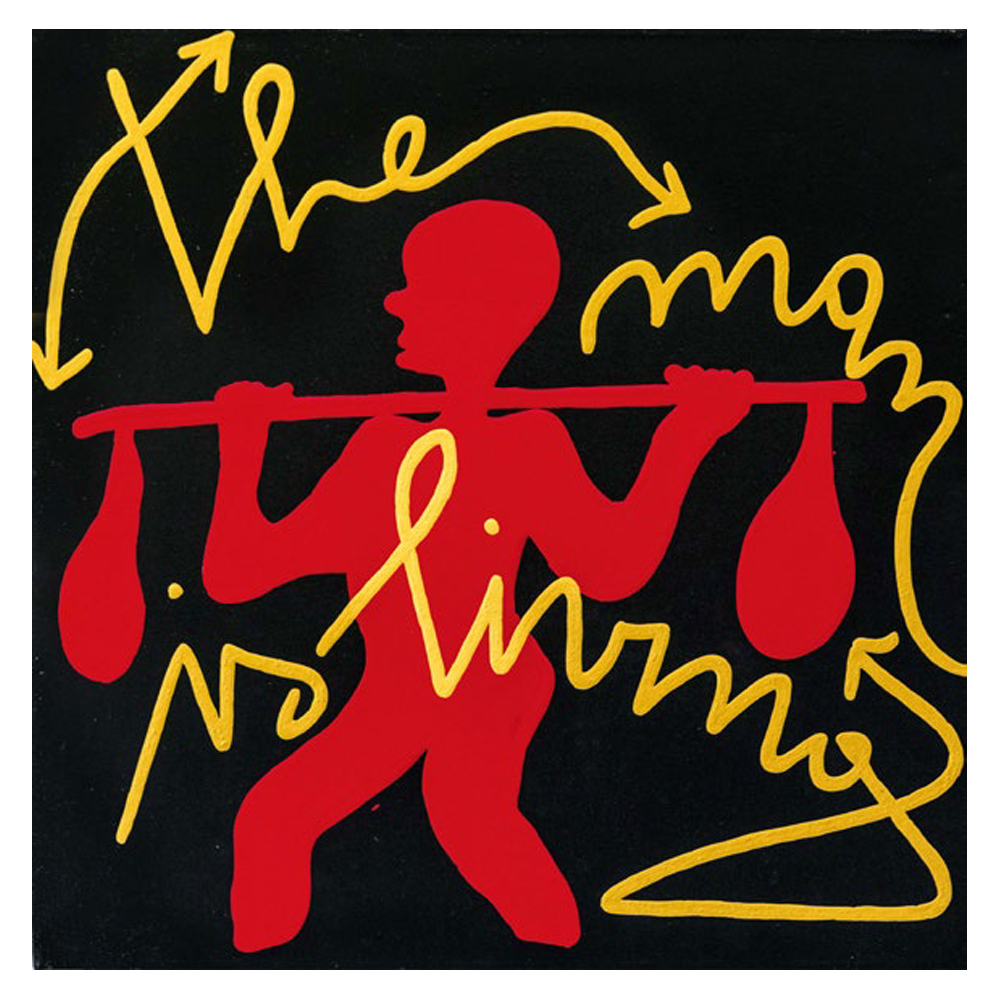 enamel and acrylic on canvas

Marco Nereo Rotelli was born in Venice in 1955 where he graduated in architecture in 1982.

For years he has been investigating about the relationship between painting, light, poetry and the possibility of giving substance to the poetic word. He does it with essential, lyrical and archetypal signs, recognizable in every culture throughout the world. His latest major installations include: the lighting of the facade of the Petit Palais, Paris (2000); ‘Bunker Poetico, created at the 49th Biennale di Venezia (2001); ‘Poetry for Peace’ in Seoul World Cup Park (2002); the recovery of the island of San Secondo, 51st Biennale di Venezia, for which he has been awarded with a silver plate by the Presidency of the Republic (2005); the permanent installation for the Living Theater in New York (2007). With a work of art on lost identities for the international Biennial of Art and Design of the Shandog University, in Jinan in China, he has won the Academy Award of Art and Design.

Other installations are: ‘The Golden Wood’, Champs Élysées, Paris (2008); ‘Save the Poetry’, Espace culturel Louis Vuitton, Paris (2009); a participation in ‘Milano Poetry’; ‘Parola d’Artista’, an important retrospective at the Rotonda in Via Besana; an exhibition with the Arab poet Adonis at Palazzo Reale; the sculptural installation ‘Le pietre sno parole’ in the Piazzetta Reale; ‘Genova s’illumina di poesia’, a project dedicated to Edoardo Sanguineti (2010). In 2011 one of his light installations in Palazzo Ducale inaugurates the ‘Padiglione Italia’ at the 54ª Biennale di Venezia. ‘Le parole del cinema al Lido’ open the 68th International Film Festival.

Among the bright installations of the last few years we mention the ‘Tribute to Wisława Szymborska’ at Ca’ Foscari in Venezia (2012); at the Field Museum in Chicago for the celebrations of the ‘Year of Italian Culture in the United States’; at the Porto Antico in Genova for the inauguration of the new Cetacean Pavilion by Renzo Piano; ‘Savor Beauty’ at Palazzo Reale in Milano (2013); the lighting of the Five Pavillion Bridge for the Slander West Lake International Poetry Festival in Yangzhou, China (2015); installations for the new Palestine Museum in Birzeit and for the twentieth anniversary of Pienza Unesco World Heritage City (2016); the large exhibition with Adonis; the luminous installation at MACRO in Rome (2017); the work of light for the Millennium of San Miniato al Monte in Florence (2018); the ‘De/Signare’ installation at GAM, Modern Art Gallery, Villa Reale in Milano (2019). Thanks to his commitment, Marco Nereo Rotelli deserved his participation in seven editions of the Biennale di Venezia. He lives and works between Milano and Paris.