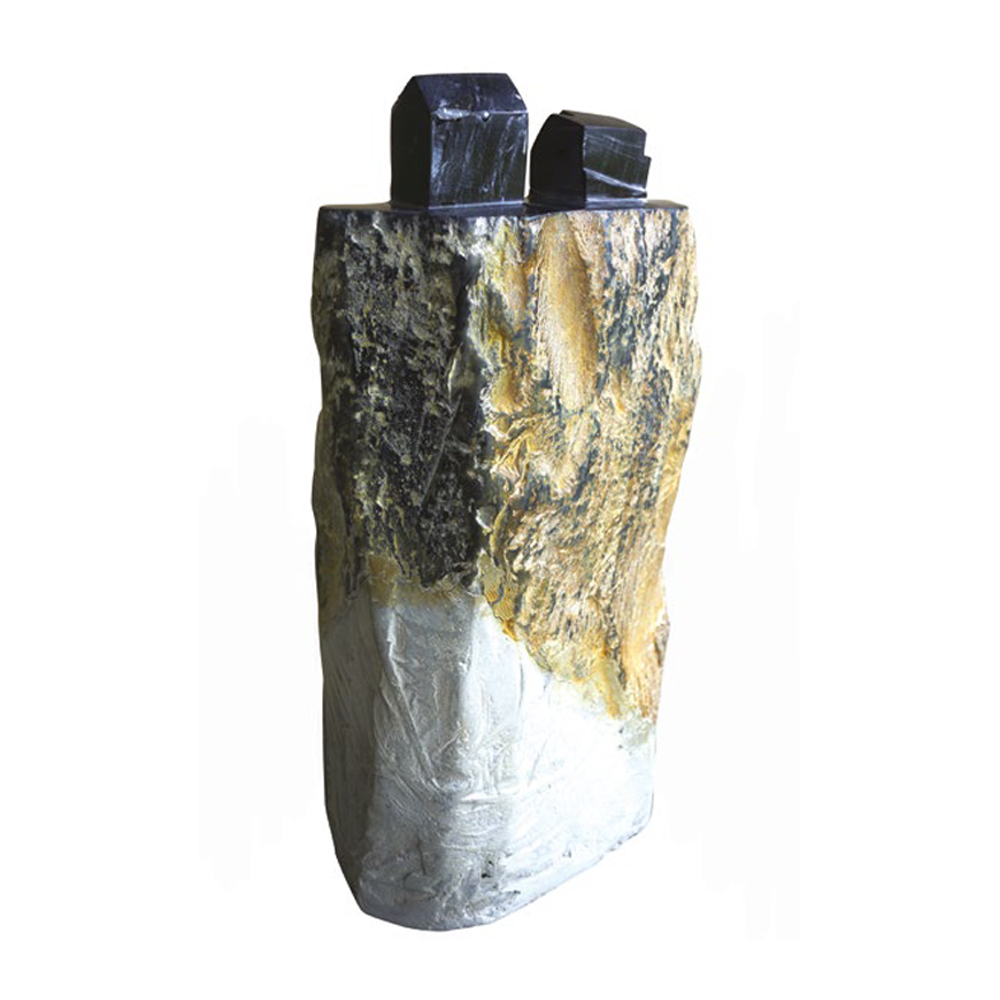 Graziano Pompili was born in 1943 in Rijeka, Istria. Immediately after his birth the family moved to Faenza. Here he studied at the State Institute of Art for Ceramics and, in the sixties, he moves to Reggio Emilia, where he attends the Sculpture course at the Academy of Fine Arts in Bologna. His teachers are Umberto Mastroianni and Quinto Ghermandi. In this period of time he starts an intense activity in personal exhibitions, group exhibitions and monumental works. The personal shows are held at the Palac Mlodziezy of Bydgoszcz in Poland, at the Frankfurter Galerie, Frankfurt and at the Galerie Kunstborse Mainz, Germany and the X Quadrennial New Generation at the invitation of Luigi Lambertini at the Palazzo delle Esposizioni, Roma. From the 80/90 decade we remember the personal ‘La forma della cenere’ with text by Corrado Costa at Studio Cavellini, Brescia; ‘Origins’ with the texts by Luca Massimo Barbero and Giorgio Bonomi at the Sala della Partecipanza, Pieve di Cento (BO); ‘Lightning’ at the Cloisters of S. Domenico, Reggio Emilia; ‘Imago’, Palazzo dei Diamanti, Ferrara. The group shows are: ‘Eros and desire’, Galleria Graziano Vigato in Alessandria and at the XLII Biennale di Venezia. In the 90/2000 decade, we remember the personal exhibitions in France at the Musée d’Art de la Ville, Saint-Paul de Vence; at the Galerie Les Cjclades, Antibes; at the Galleria Arte Borgogna, Milano and at the Galerie Norbert Ebert, Darmstadt, Germany.

He participated at the VI Triennale of Swiss Sculpture, Bad Ragaz (Switzerland) and in Vaduz (Liechtenstein). Other events are the ‘Contemporary ceramic sculpture in Italy’ at the GNAM in Roma and the XIV Quadrennial in Roma. Among the latest solo shows: ‘Graziano Pompili-Profeti in Patria’, ‘Paths of the artist in Montecchio Emilia’ edited by Sandro Parmiggiani, Medieval Castle, Montecchio Emilia; ‘Listen to the time’, Galleria Duomo Carrara; ‘Anthological exhibition’ at the Medieval Castle and at Casa Cavezzi, Montecchio Emilia (2016); ‘Omnia’, Museo Magi ‘900, Pieve di Cento – Bologna (2017). Many works of Graziano Pompili are listed in the permanent collections of Italian contemporary art museums (MAMBO of Bologna, Civic Collections of Aosta, MAR of Ravenna, MAGI of Pieve di Cento, the Civic Gallery in Modena, the Pecci Museum in Prato , the collection of the Fondazione Carisbo in Bologna, the Sculpture Museum of Gubbio, the MUSMA of Matera). Graziano Pompili has always alternated the exhibition activity with his teaching profession at the Academy of Fine Arts in Bologna and at the Brera Academy in Milano.