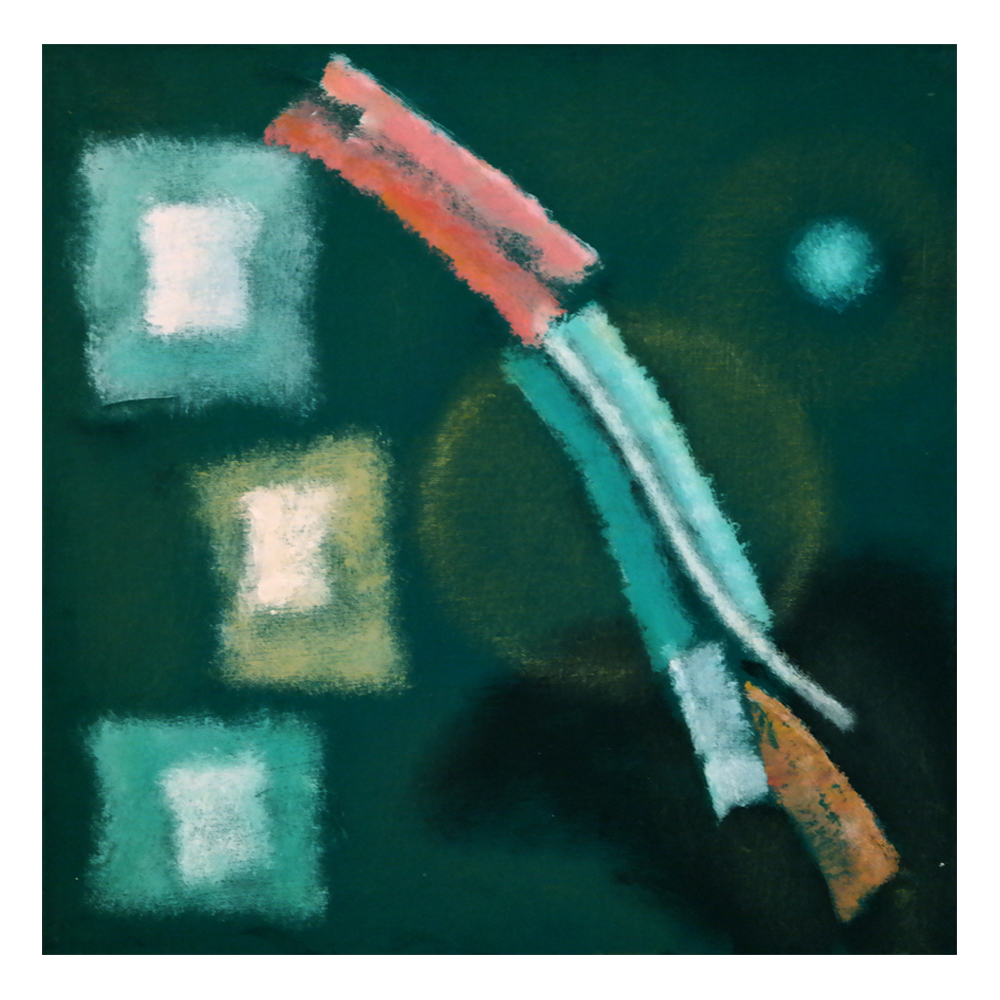 acrylic on canvas on cardboard

Those were the years of intense attendance of Bar Jamaica with Piero Manzoni, Enrico Castellani, Tancredi. His research has been attracted by Sironi’s art and by the painful plastic research of Nicolas De Staël.

Fernando Picenni made a deep friendship with Gianfranco Ferroni and Dadamaino. In the same year, 1959, Franco Russoli noticed his works for the first time in the studio in via Bigli, overlooking via Montenapoleone, becoming a great estimator of his works of art.

After some group exhibitions, including participation in the highly listed San Fedele Prize, the first personal exhibition was held in 1961 at the Salone Annunciata in Milano, with a catalogue curated by Emilio Tadini. Among the visitors, there were Emilio Scanavino, Enrico Castellani, Dadamaino and Lucio Fontana (who buyed some paintings from him).

Between 1968 and 1970 Mario de Micheli and Vittorio Fagone wrote about him. In 1970 he was invited to the ‘Mostra pittura 70’ exhibition and to ‘Immagine attiva’ at the Casa del Mantegna in Mantova with other artists, including Mario Raciti and Valentino Vago.

In these years at the Galleria Falchi, he assiduously frequents the artists Ben Ormenese, Felice Canonico and Paolo Conti. In 1975, on the occasion of the exhibition at the gallery L’Informazione Visiva in Rome, Cesare Vivaldi wrote about his art as an essentially lyrical painting.

In 2006 we mention the great anthological exhibition at the Museo Nazionale, Villa Pisani, Strà; the exhibition at GAM, Spazio Ex Pescherie, Cesena (December 2007); the personal exhibition ‘Fernando Picenni’ in 2019; ‘Le forme visibili della poesia’ at Palazzo Libera in Villalagarina, Trento. Also in 2019 the artist is among the protagonists of the exhibition ‘La sua lunga ombra, quelle tracce non cancellate’ at the Museo Archeologico Lucio Fontana promoted by Regione Autonoma Valle D’Aosta with the editing of Giovanni Granzotto and Leonardo Conti.