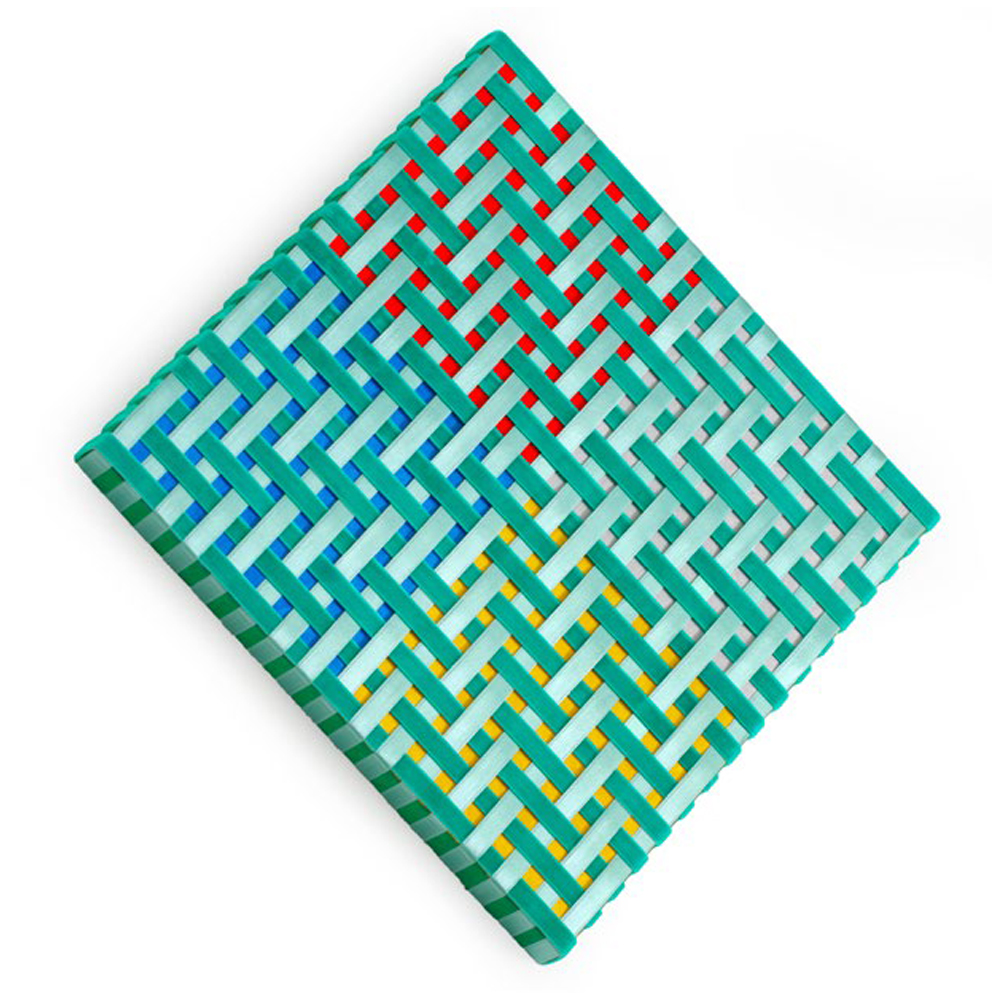 Mimmo Iacopino was born in 1962 in Milano, where he lives and works. He started his career as a still life photo student at Studio Azzurro from 1978 to 1985. This experimentation has been running for over 25 years and inspiring his peculiar artistic aim. Since 1986, Mimmo has turned his artwork to painting, first with traditional means, then using different materials. Following the Dadaist lesson, his works welcome unusual compositional elements, which, out of context, “follow mathematical rules of tidy madness” as Maurizio Sciaccaluga carefully said on the occasion of his personal exhibition ‘Cinquantasettegradi’ in 2004.

The same principle is expressed through the digital manipulation of daily objects, newspapers, hypnotic and enigmatic photographs where each element performs the function of multiplied sign. The important use of colour in his research has been the subject of several critical readings on the occasion of important group exhibitions. In the exhibitions ‘L’Opera al Nero’ curated by Marisa Vescovo in 2005 and ‘Cromofobie’, ordered by Silvia Pegoraro in 2009, the compositional principle used has been the subject of an interesting reading by Ivan Quaroni on the occasion of the collective ‘Patterns’ in Meda in 2008.

The recognition of Iacopino’s remarkable manual skill, necessary to compose, weave and fix the different materials on the canvas, has been frequent. Among the recent awards we mention the ‘Promocard’ award, the ‘MiArt 2007’; the Biennial VII International Festival of Experimental Art diploma, St. Petersburg, 2008; the participation as a finalist at the ‘Combat Prize’ in Livorno, in 2010.

During his participation in the most important national and international art fairs (MiArt, Art First in Bologna, Artissima in Torino, ArtVerona, Artforum in Berlin, ArtAthina in Athens, Swab in Barcelona, ​​International Contemporary Art Fair and A. Art Fair in Brussels), Iacopino exhibited in various public and museum venues: the Contemporary Art Center Castello di Rivara (TO), the Mole Vanvitelliana, Ancona; the GNAM, Roma; Palazzo delle Stelline and Palazzo Durini, Milano; the Museum of Contemporary Art in Minsk and various other museums in Moscow and St. Petersburg.

Among the latest exhibitions we mention ‘Elogio della levità’ at Villa Filippini, Besana Brianza (2014) and ‘Corporate Art’ at the National Gallery of Modern Art, Roma (2015).

In 2017 he takes part at a personal exhibition with the Melesi Gallery at Artefiera, Bologna. Since 2002 some of his works of art have been included in the Panza di Biumo collection.