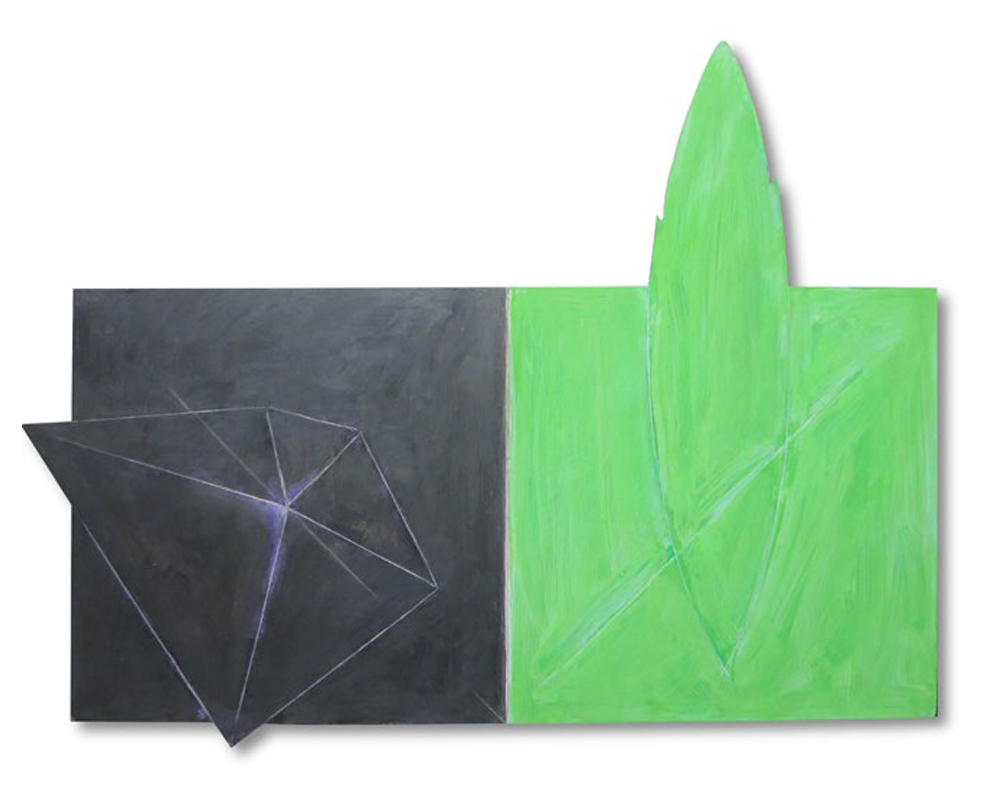 Mario Surbone was born in 1932 in Treville (AL); he lives and works in Torino. After completing his studies at the Liceo Artistico and the Accademia Albertina in Torino where he was a pupil of Felice Casorati, he made his debut in 1958 at the National Youth Art Exhibition in Roma. The first period of his research takes place in an informal context even if, already from the early 60s and after a Parisian stay, the artist’s tendency to geometricise the figure is evident through a strong reduction of the outline. The first ‘Incisi’ are from 1968’, whose practice extends to 1976.

In 1969, in presenting ‘Surbone’ at the Triade gallery in Torino, Paolo Fossati places the painter’s research in an era of widespread ‘furor geometricus’, however specifying that “in Surbone’s concept, the theme is space as a place to let yourself be captured by a more impalpable emotional energy.”

Starting from 1978 he proceeded to pictorial interventions on shaped supports, upsetting the ordinary logic of space. In those years Mario Surbone participated at numerous exhibitions in public and private spaces. In 1972 and 1973 he attended the ‘Réalités Nouvelles’ exhibition in Paris; ‘Arte contemporanea’ at the Museo Civico di Bologna and ‘Verso il Bianco’, at the Unimedia gallery in Genova. In 1974 he exhibited with Gorza and De Alexandris in Roma with the presentation of Luigi Lambertini.

The presence of an emotional circumstance within the confines of the geometric space in Surbone’s art works assures understanding of the series of acrylics on wood that the artist has been undertaking since 1978. Many personal exhibitions dedicated to his research have been produced in private galleries and public spaces. The interest of many art critics has led to frequent invitations to group shows in Italy and abroad with an outstanding standard of presentations and critical essays on the occasion of personal exhibitions in galleries and museums. Among the very latest, in 2007 the Regione Piemonte organized an anthological exhibition at the Sala Bolaffi in Torino curated by Francesco De Bartolomeis; in 2016 Surbone exhibited at the personal ‘Incisi’ edited by Francesco Poli from RoccaTre, Torino and at ‘L’essenzialità della forma’ at the Fondazione Stelline, Milano edited by Elena Pontiggia; in 2018-19 ‘Incisi’ (1968-1978) curated by Bruno Corà has been exposed at the Museum of Contemporary Art in Cassino.