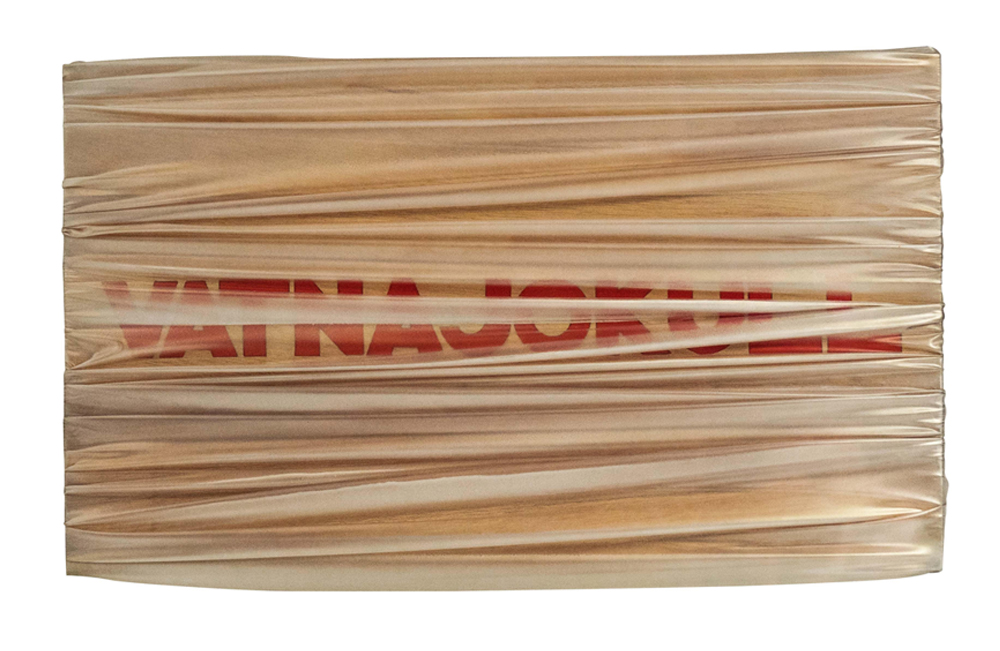 Umberto Mariani was born in 1936 in Milano, where he lives and works. A favourite pupil of Achille Funi, after graduating from the Brera Academy, he became his assistant and collaborated with him in the construction of the San Carlo chapel in the Basilica of Sant’Angelo in Milano and the altarpiece of San Giuseppe in the Basilica di San Pietro in Roma.

In 1943-44 his home in Milan was a refuge for persecuted Jews: the experience of the war led indelible traces in his training. From the late 60s, therefore, he abandoned the naturalistic cues following a vaguely surrealist pop wave committing strongly to the ideological instances of the post ’68. He forges relationships with artists of his generation who are committed to dealing with issues of social and political life to develop their own conceptual language, with a unique pictorial and sculptural knowledge. Starting from 1965, he began exhibiting in Italy and abroad. Among his institutional exhibitions we mention: Palais des Beaux Arts, Brussels (1973); Museum of Art Moderne de la Ville de Paris (1974); Galleria Civica, Portofino (1980); Nykytaiteen Museum, Tampere; Internationaal Cultureel Centrum, Antwerp; Musée d’Art Contemporain, Montreal; Museum of Art, Taiwan (1990); Museo Archeologico, Teramo (1992).

In 1998 he exhibited in Milano at Palazzo Reale, in 2010 at Bocconi University and in 2011 at the Università Cattolica.

The exhibition ‘Le vesti di Saturno’ at Palazzo Medici-Riccardi, Firenze takes place in the same year. In 2013, he exhibits at the ‘Grigio Pesante’ retrospective, Sala San Ignazio, Arezzo and at the Anthological Umberto Mariani-works 1967-2013, Cloisters of San Domenico, Reggio Emilia.

In 2014 we mention, among other exhibitions, ‘Born in the 1930s. Milano and the generation of Piero Manzoni’ at the Museo della Permanente, Milano; in 2016 the anthological exhibition at the Fondazione Mudima in Milano. In 2018 Umberto Mariani exhibits in ‘Frammenti da Bisanzio’, Museo Nazionale di San Vitale, Ravenna and in Roma within the Complesso Museale di San Salvatore in Lauro. In 2019 he exhibits at the Ermitage State Museum, St. Petersburg.

The anthology ‘La sensualità della piega’ takes place in the same year, as well as ‘Fifty years of Umberto Mariani’ curated by Marco Meneguzzo, an exhibition that winds between the Miart exhibition spaces and the rooms of the Progetto Elm gallery in Milano. Always in 2019 Umberto Mariani has beens honoured with the ‘Le Grandi Guglie’ award as ambassador of Milanese culture in the world.