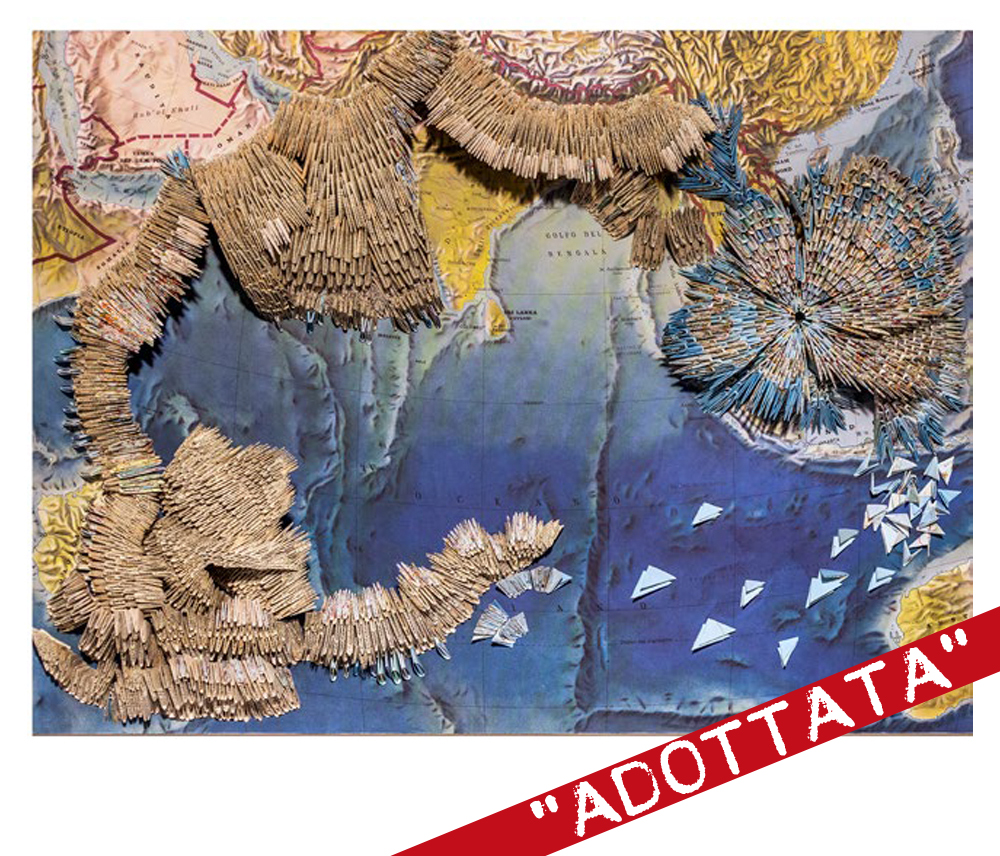 Amanda Chiarucci was born in Cesena in 1974. After her classical high school diploma in Forlì she graduated from the Academy of Fine Arts in Bologna. The artistic debut is linked to happening and performance. In the first cycles of works (Ninfa, Camicie di forza, Matrjoske, Madonne) she investigates the female figure between past and present, everyday life and sacredness. In 2005 she was among the winners of the ‘Premio Celeste’ in the Media Painting category, with the work ‘Finché il mio sangue non sia puro’ and participates in the collective Young Italian Painters at the Sacy Gallery in Firenze. The year 2007 opens with the personal exhibition curated by Giovanni Gardini at the Spazio Cotogni in Forlì, dedicated to the cycle of self-portraits and Madonne photographic portraits. In 2014 Amanda Chiarucci exhibited at the MEAM, European Museum of Modern Art in Barcelona as part of the collective ‘Martyrium Sanctae Eulaliae’ and at the MUSAS, Museo Storico Archeologico di Santarcangelo (RN), on the occasion of ‘La scrittura disegnata’, notebooks of contemporary artists and writers between drawing, word and daily invention, curated by Claudio Ballestracci and Dacia Manto, a collective included in the exhibition itinerary of the ‘Biennale del Disegno’, Rimini.

In 2013 she carries out the ‘Talee’ project with a completely different technique (the ‘Golden Venture’ that uses a form in the shape of a right triangle) to explore the fundamental theme of time. From here, in 2015 she exhibits in the personal ‘Il sentimento dell’evoluzione’ at the Luigi Michelacci Gallery in Meldola (FC) and in the collective ‘Dialoghi paralleli’ at the Galleria Lara & Rino Costa in Valenza (AL) and ‘La scultura è una cosa seria’ at the Galleria Bonioni Arte in Reggio Emilia, edited by Niccolò Bonechi.

In 2018 she takes part in the ‘Cantiere Disegno della Biennale del Disegno’ in Rimini, in the section curated by Massimo Pulini at the City Museum. In 2019, she exposes at the personal ‘Rubedo’, curated by Matteo Galbiati, at the Galleria Bonioni Arte in Reggio Emilia and in the collective ‘Quante storie sulla luna… a cinquant’anni dall’allunaggio’, Colossi Arte Contemporanea, Brescia. With the Galleria Lara & Rino Costa she participates in primary art fairs in Italy (Bologna ArteFiera, ArtVerona, BAF Bergamo).